Skip to content
In a village of approx 600 people, not one has ever gone past 6th grade and on to higher learning…until now. Kudos to José Luis for defying all odds {…}
In Guatemala, it is common to see young children out of school and in the dumps searching for materials to sell, such as glass and metal. Hours and hours a day spent in the searing heat, from the sun as well as from the burning trash pits. They would get “pennies by the kilo”, not enough to survive but since their skills are limited and were taken out of school at a young age, it’s really all they know. The philosophy in such a place is truly one of survival, and the idea of higher education is a dream.
That was until young José Luis from the village of El Oasis had a dream of one day becoming a motorcycle mechanic. In his heart, he knew that if he could make his dream a reality, he could help his family with new revenue, even to the point of helping is other siblings continue their education.
Their mother, Reina, knew the importance of education and refused to take her children out of school for the sake of scavenging. Instead, she created a small store/restaurant where in order to get her supplies, she would have to travel 3 hours a day to replenish her stock. This revenue was enough for the boys to attend at least up to grade 6 as well as pay for José’s motorcycle program. The biggest worry…could he ensure that he would attend all the classes and pass the exams?
With the terrible contaminated water as it was, that idea seemed too far-fetched. José’s motorcycle dream was about as murky as the water they had no choice to drink.
When we brought the filtration system back in 2017, we knew it would greatly improve their health, but we had no idea the impact it would have on Reina and her family.
Sure enough, when we made our return visit in 2019, her boys were gleaming ear-to-ear, as José had accomplished his dream. Not only did get receive his certificate as a motorcycle mechanic, but he did it with a 100% presence rating!!! 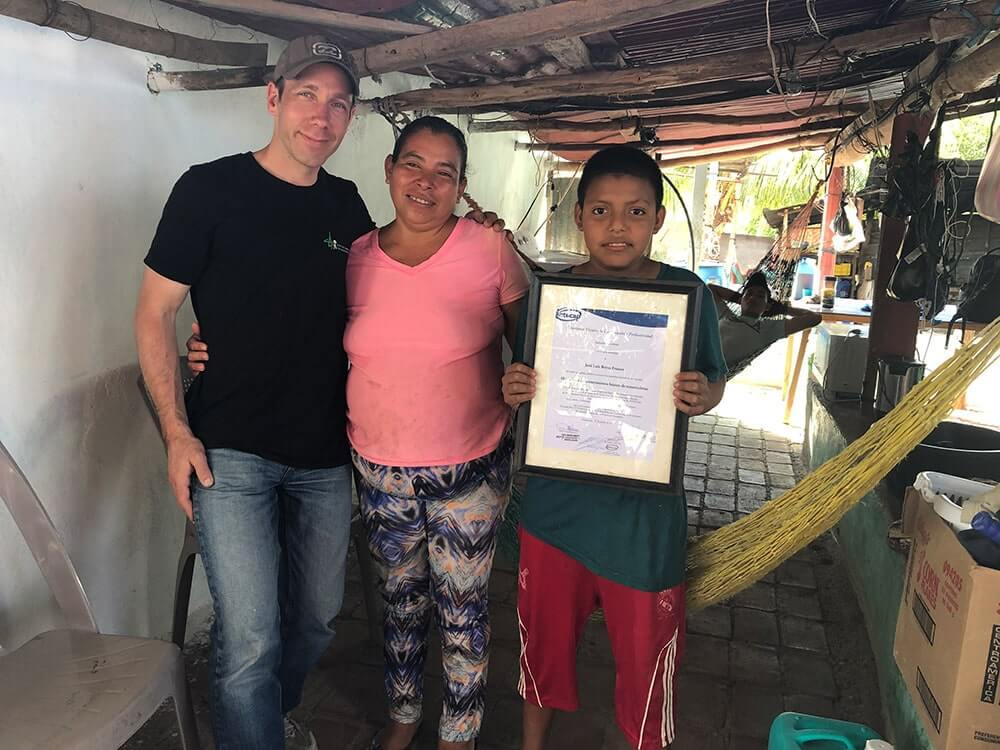